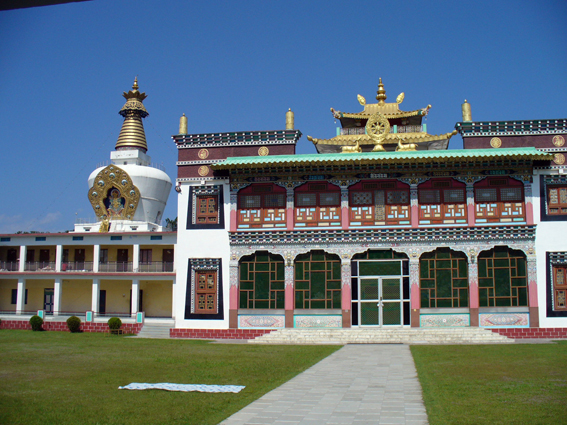 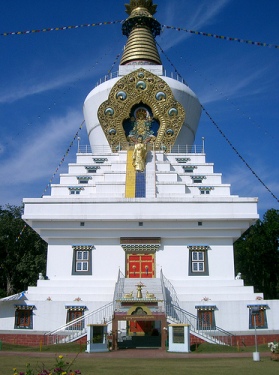 See inside ground floor of the Stupa at Mindrolling Monastery (video): [1]

Mindroling was founded in the Drachi Valley of Central Tibet in 1676 by Terdak Lingpa, a great terton and teacher of the Fifth Dalai Lama. It is one the six principal Nyingma monasteries in Tibet and, along with Dorje Drak, one of the two located in Central Tibet (the rest are located in Eastern Tibet). The throne of Mindroling is traditionally held by successive descendants of Terdak Lingpa. The Jetsunmas are his female descendants, who have always played an important role in the preservation of the teachings. Many of them have been remarkable teachers themselves.
After the Chinese invasion of 1959, the great masters of this tradition fled to India. The seat of the Mindrolling lineage was then reestabished by Khochen Rinpoche near the hill town of Dehra Dun in Uttaranchal state, India. It is now one of the largest Buddhist centers in existence today and home to the current head of the lineage His Holiness the XIth Mindrolling Trichen.