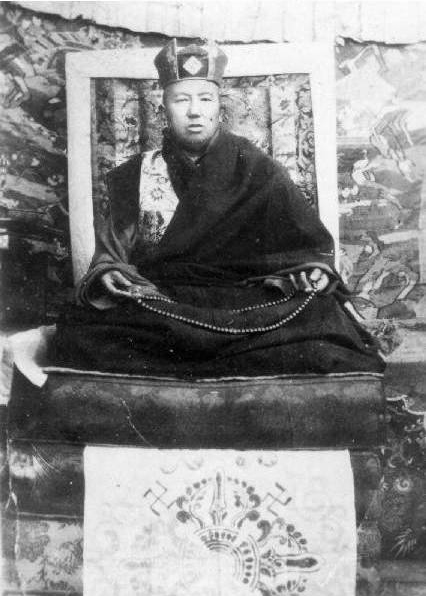 The 11th Tai Situ Rinpoche Pema Wangchok Gyalpo (1886-1952). He was responsible for the finding, recognition and enthronement of the 16th Karmapa Rangjung Rigpe Dorje.

The eleventh Situpa, Pema Wangchog Gyalpo (1886-1953) was identified and enthroned by the fifteenth Karmapa. His main gurus were Khakyab Dorje and Jamgon Lodro Thaye. Khakyab Dorje is regarded as the most prominent because it was he who gave Situpa the most profound Kagyu teachings, referred to as the ultimate Kagyu Lineage.

Situpa became a great scholar. He studied with many masters of his time and taught extensively throughout Tibet. He found and enthroned the sixteenth Karmapa, Rangjung Rigpei Dorje, and took charge of his education.