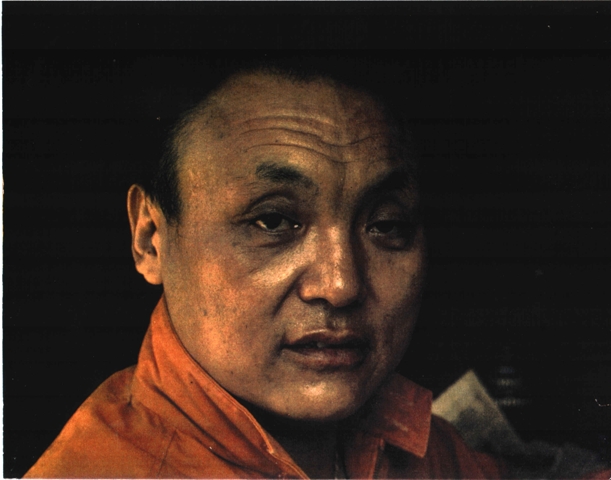 Khamtrul Dongyu Nyima (khams sprul don brgyud nyi ma) [1931-1980] was the eighth Khamtrul Rinpoche, a highly realized master who was very skilled in all fields of knowledge. His main monastary was called Khampagar, situated in the eastern Tibetan province of Nangchen. He came to India in 1959 with some of his chief tulkus, monks and yogis. In 1969 he established the Tashi Jong Tibetan settlement with the Khampagar monastery in the Kangra Valley of Himachal Pradesh, India. There student artistic monks and lay followers promote the lineage teachings and the Tibetan heritage.

Khamtrul Dongyu Nyima Rinpoche has two reincarnations. One of them ninth Khamtrul Rinpoche Shedrub Nyima, born in 1980 in Arunachal Pradesh, was recognized by the late Dilgo Khyentse Rinpoche and HH Karmapa. He was enthroned by his master Dilgo Khyentse Rinpoche in Tashi Jong in 1983 and manifests the innate wisdom, compassion and abilities of a true enlightened being. The other ninth Khamtrul Rinpoche Jigme Pema Nyingje was recognized by His Holiness the Twelfth Gyalwang Drukpa, the spiritual leader of the Drukpa lineage, and confirmed by His Holiness the Fourteenth Dalai Lama. He is now studying at the Tango Buddhist College in Bhutan.