Revelation of All Secrets 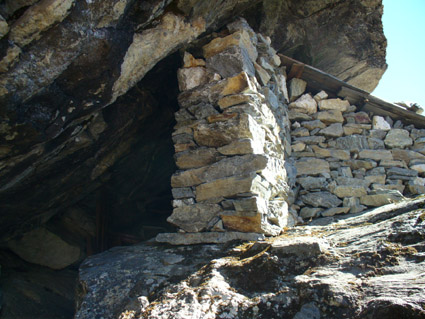 Revelation of All Secrets, Bepa Künsel-cave at Lapchi, actually there are three caves which are called "hidden caves" - the Upper Hidden Cave (sbas pa gong), the Lower Hidden Cave (sbas pa 'og) and the Western Hidden Cave (dbas pa nub). The picture shows the entrance to upper one, which is considered the main one of the three. They are situated just next to each other, halfway up the mountain, between the Cave of the Subjugation of Mara and the Crest Cave. [RY][TSD]