To make your page, just press the Edit tab above, fill in the blanks, and press "save page" below. 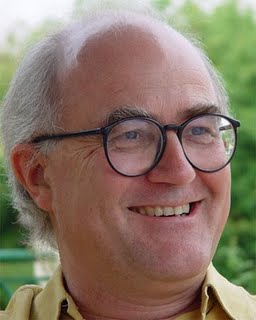 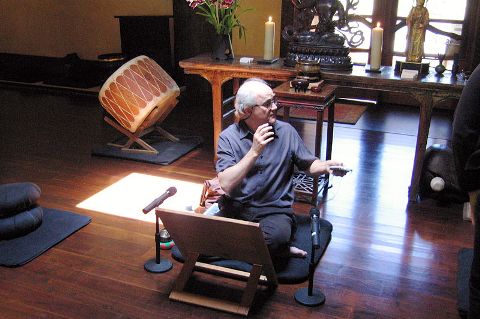 Stephen Batchelor is a contemporary Buddhist teacher and writer, best known for his secular or agnostic approach to Buddhism. Stephen considers Buddhism to be a constantly evolving culture of awakening rather than a religious system based on immutable dogmas and beliefs. In particular, he regards the doctrines of karma and rebirth to be features of ancient Indian civilisation and not intrinsic to what the Buddha taught. Buddhism has survived for the past 2,500 years because of its capacity to reinvent itself in accord with the needs of the different Asian societies with which it has creatively interacted throughout its history. As Buddhism encounters modernity, it enters a vital new phase of its development. Through his writings, translations and teaching, Stephen engages in a critical exploration of Buddhism's role in the modern world, which has earned him both condemnation as a heretic and praise as a reformer.

Stephen was born in Dundee, Scotland, on April 7, 1953. He grew up in a humanist environment with his mother Phyllis (b. 1913) and brother David (b. 1955) in Watford, north west of London. After completing his education at Watford Grammar School, he travelled overland to India in February, 1972, at the age of eighteen.

He settled in Dharamsala, the capital-in-exile of the Dalai Lama, and studied at the Library of Tibetan Works and Archives with Ven. Geshe Ngawang Dhargyey. He was ordained as a novice Buddhist monk in 1974. He left India in 1975 in order to study Buddhist philosophy and doctrine under the guidance of Ven. Geshe Rabten, first at the Tibetan Monastic Institute in Rikon, Switzerland, then in Le Mont Pelerin, Switzerland, where Geshe Rabten founded Tharpa Choeling (now Rabten Choeling). The following year he received full ordination as a Buddhist monk. In 1979 he moved to Germany as a translator for Ven. Geshe Thubten Ngawang at the Tibetisches Institut, Hamburg. In April 1981 he travelled to Songgwangsa Monastery in South Korea to train in Zen Buddhism under the guidance of Ven. Kusan Sunim. He remained in Korea until the autumn of 1984, when he left for a pilgrimage to Japan, China and Tibet.

He disrobed in February 1985 and married Martine Fages in Hong Kong before returning to England and joining the Sharpham North Community in Totnes, Devon. During the fifteen years he lived at Sharpham, he became co-ordinator of the Sharpham Trust (1992) and co-founder of the Sharpham College for Buddhist Studies and Contemporary Enquiry (1996). Throughout this period he worked as a the Buddhist Chaplain of HMP Channings Wood. From 1990 he has been a Guiding Teacher at Gaia House meditation centre in Devon and since 1992 a contributing editor of Tricycle: The Buddhist Review .

In August 2000, he and Martine moved to Aquitaine, France, where they live in a small village near Bordeaux with their cat Alex. While at home he pursues his work as a scholar, writer and artist. For several months each year, he travels worldwide to lead meditation retreats and teach Buddhism (see Schedule). He is the translator and author of various books (see books) and articles on Buddhism (see Publications) including the bestselling Buddhism Without Beliefs (Riverhead 1997). His most recent publication is Living with the Devil: A Meditation on Good and Evil (Riverhead, 2004). He is currently writing a novel on the Buddha's life based on canonical and commentarial materials in Pali.