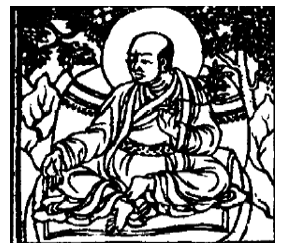 Tsarchen Losal Gyatso was born in 1494. He is the founder of the Tsarpa sub-sect of the Sakya tradition.

Tsarchen resided at the Dar Drangmoche monastery in the providence of Tsang that he founded . He had all the qualities and virtues of a scholar as well as a deep practitioner. He studied with sixty-three masters from the four traditions of Tibet without any bias, and received all the profound teachings that were available in Tibet at that time. Tsarchen was a disciple of Doringpa Kunpang Chenpo.

Tsarchen Losal Gyatso was able to reach high levels of realizatons with Vajrayogini as his main deity.

Tsarchen attracted a vast number of students from all traditions. He was named the "Vajradhara of our age of discord".

Some of his most famous students were Khyentse Wangchuk and Ludrub Gyatso, both of which continued to maintain the Tsarpa lineage. The third Dalai Lama was also a student of Tsarchen.

Many of his writings are still available today, especially his teachings on Hevajra visualization and on the Vajrayogini teachings.

The Fifth Dalai Dama wrote an important biography of Tsarchen.

TBRC Listing of works by Tsarchen.