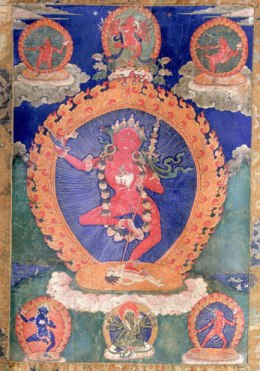 Vajra Varahi. A sambhogakaya manifestation of the female buddha Samantabhadri. She is also one of the chief yidam deities of the Sarma Schools, as well as a wisdom dakini. [RY]