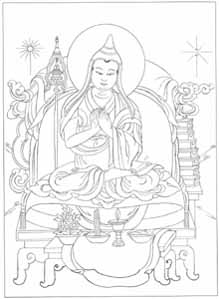 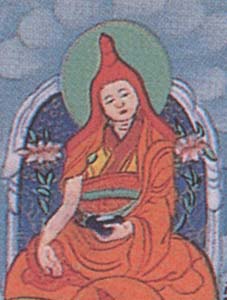 The sole path traversed by all the Victors and their children (Gyalsé),
Realizing the true way, bodhichitta to benefit others (Shenphen) exactly as it is,
You guide limitless (Thayé) beings,
Graciously loving teacher, to you I pray!