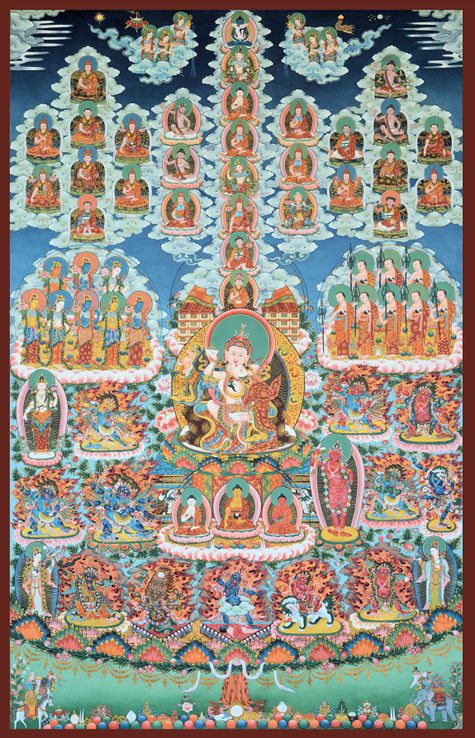 The Longchen Nyingthig is a Terma cycle revealed by the master Rigdzin Jigme Lingpa. Since its inception in the late 18th century, it has become one of the most widespread sets of teachings in the Nyingma tradition. It is particularly known and loved for its extensive commentarial literature, which includes practice manuals such as the famed Yeshe Lama.

These teachings were originally transmitted by the master Padmasambhava to King Trisong Deutsen, the Dakini Yeshe Tsogyal and the Lotsawa Vairochana at Samye Monastery in central Tibet. As the time for these teachings to spread was not yet right, they were then written in symbolic script by [[Yeshe Tsogyal], entrusted to the Dakinis, and hidden to be revealed at a later time. The king later reincarnated as the Treasure Revealer Jigme Lingpa, who recalled the teachings he had received and, recognizing the time was ripe for them to be practised, put them down in writing and began to teach.

Jigme Lingpa, the Terton who revealed this cycle of teachings, was a reincarnation of two important masters, Vimalamitra and King Trisong Deutsen. As the embodiment of these two figures, Tibet's two primary Dzogchen lineages were combined in Jigme Lingpa -- the Vima Nyingthig and Khandro Nyingthig, both of which are contained in the Nyingthig Yabshi. Hence, the Longchen Nyingthig terma cycle is considered a condensation of these profound teachings.

The texts that were revealed by Jigme Lingpa, in their present-day form, comprise three volumes, known as the Nyingthig Tsapod (snying thig rtsa pod). The numerous treatises, sadhanas and prayers it contains deal primarily with tantric practice, in particular the stages of Development Stage and Dzogchen.

The primary lineage is as follows 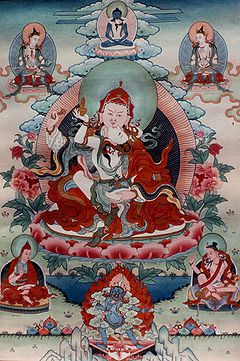 The Longchen Nyingthig cycle relates primarily to the teachings of Dzogchen, particularly the Innermost Essence teachings. Though there are various practices and Sadhanas found in this tradition, such practices are often approached from this Dzogchen perspective. These practices include: 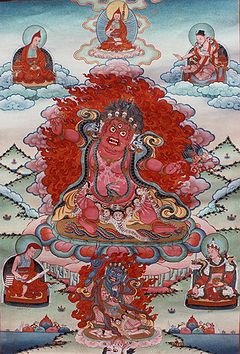 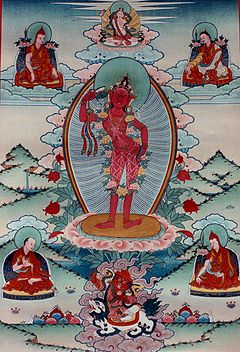 The main Tantras and Pith-instructions

Wylie text from the Longchen Nyingtik